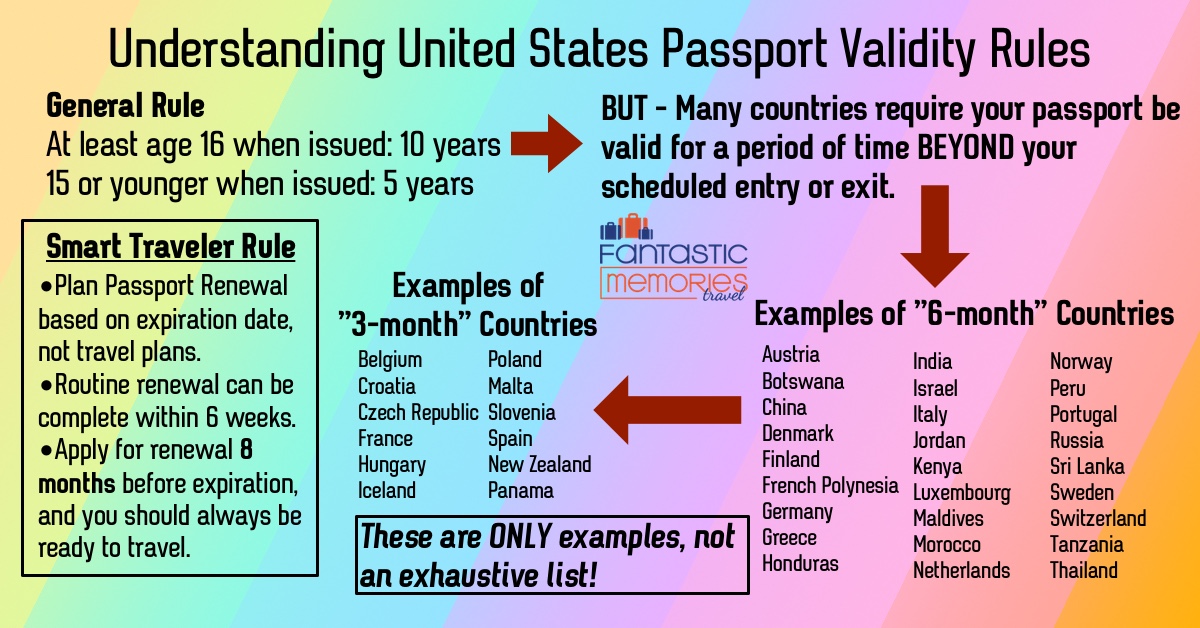 John and Mary (names changed to protect the embarrassed) called us the other day in a panic. They had decided to book their own vacation, rather than use our service. They were supposed to depart on their “vacation of a lifetime” to Europe tomorrow, but the airline website would not let them check in for their flight. When they called the airline to find out why they couldn’t check in. After a lengthy hold, the customer service agent informed them that their passports were “invalid” for check-in. John and Mary were in a panic. How could this be? Their flight was departing in April of 2019, and their passports don’t expire until June 2019. They’re only taking a one-week European river cruise. They’ll be home long before their passports expire!

The difference between “expired” and “invalid”

If John and Mary let us help them from the beginning, we would have explained to them the difference between “expired” and “invalid for travel.” A large number of countries, especially in Europe, require that a U.S. passport be valid for a full six-months after your scheduled entry or exit (depending on the country). Some countries only require three months of validity after your scheduled entry or exit, but many of them recommend six months anyway. And confusing matters even more, many airlines require, as a matter of their contract of carriage, that travelers’ passports be valid for at least six months beyond their travel dates. Even if the destination country does not have a six month validity requirement, if the airline includes this requirement in their contract of carriage, you may be denied boarding if your passport expires sooner than the contract of carriage requires.

Finding out at the last minute

There was really nothing we could do for John and Mary on such short notice. Their options were to try to reschedule their vacation, potentially incurring substantial penalties from destination vendors or simply cancel. If they purchased vacation protection insurance, a “Cancel For Any Reason” or “CFAR” waiver might provide them with some reimbursement. But most trip insurance would not consider this situation to be a “covered reason” for cancelation (and many carriers explicitly exclude coverage for a cancelation if travelers do not obtain necessary travel documents, including passport and visa issues).

To avoid John and Mary’s fate, here are some guidelines to keep in mind:

If you haven’t already planned ahead for this, that’s OK. We’re here to help! Make sure you provide us with accurate passport information when it’s requested, so we can ensure that any validity issues can be resolved well in advance. We have trusted service providers who can help with expediting processing if necessary. And we’ll be able to give you the peace of mind of knowing that you won’t have any surprises when it comes time to check-in for you dream vacation flight!